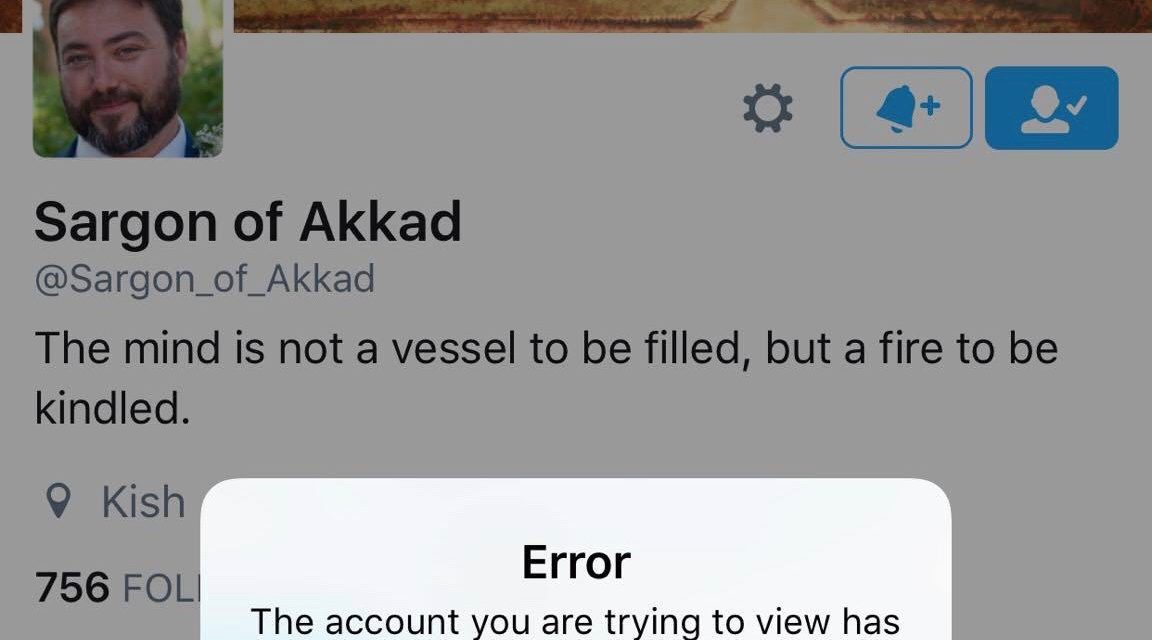 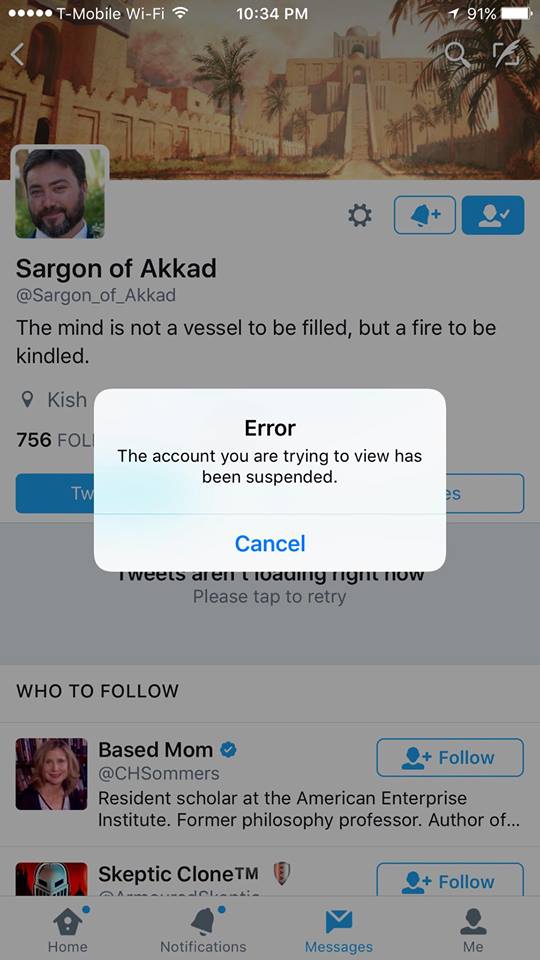 Sargon suggested he was suspended for sharing his criticism of Islam in a Tweet to the high representative to EU Foreign Affairs and Security Policy, Fedrica Mogherini.

Mogherini tweeted, “#holocaustrememberance: A peaceful and diverse Europe it is everyone’s interest and responsibility.”

However, Sargon noted that Twitter has yet to give him a reason for the suspension.

“I have no idea why and no reason has been given so far,” Sargon said.

Sargon was conversing with We Are Change’s founder, Luke Rudkowski, when he was suspended.

Warning! The video below is NSFW.

Twitter has been a proponent, as of late, of banning some accounts it deems to have used “hate speech,” while ignoring others.

Suspending a user for proposing a question now, though, even if it is a question that no one wants to face, raised the question: Are we living in the paradigm of 1984? It was a fictional book, not an instruction manual for big social to follow to ban anyone they disagree with.

While social media platforms such as Twitter and Facebook have suppressed and censored users, there are other alternatives. Check out We Are Change On Steemit and Gab:

Steemit presents itself as “a social media platform where everyone gets paid for creating and curating content” through digital media points calls “Steem” that can be transferred into Bitcoin.

Gab presents itself as an alternative to Twitter that allows “Free Speech for everyone.”