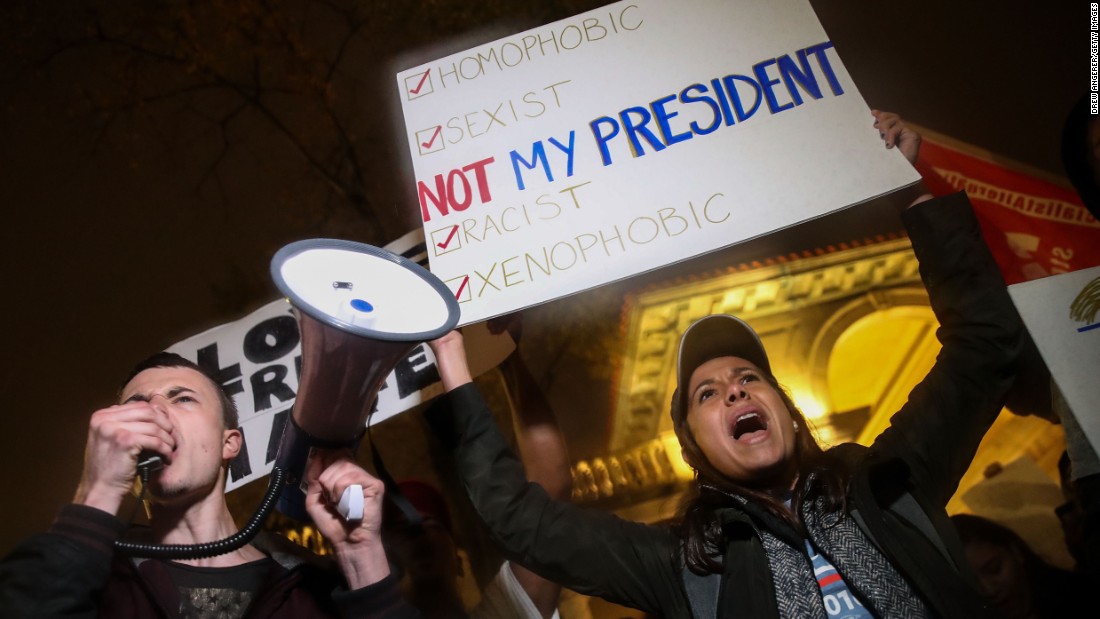 Anyone who wants to “make America great again” has become a target of mob violence — fueled by false media narratives — and the attacks have continued over a week after the nation chose Donald Trump as our new president. 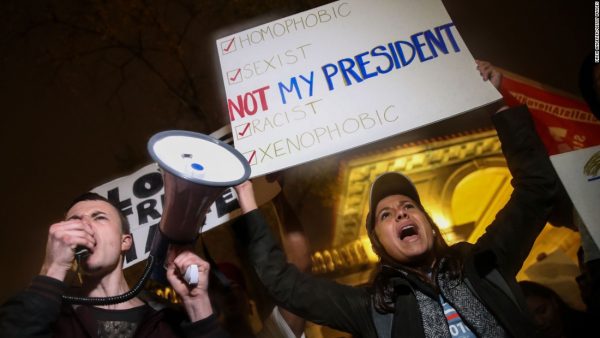 On Tuesday, a man on a subway in New York City was attacked by two men for wearing a white MAGA hat.

Corey Cataldo, 24, was choked and viciously assaulted over his political views, and nobody on the train did anything to help him.

“The next thing I know, I have hands around my neck and I’m being choked,” Cataldo continued. “I try to fight him off, and another gentleman comes over, pretends like he’s going to help me and says ‘get off of him.’ He shoves me up against the wall, up against the window.”

The two men have not yet been located by police. Cataldo, an electrician, has been suffering from pain in his shoulder since the attack.

On Thursday, Thomas Arrington, another New Yorker and a black student at Queensborough Community College was also assaulted for his support of Trump. Arrington is an upstanding citizen by all acounts and was honored by the city for his volunteer work just last week.

“I was accosted, threatened with being lit on fire, and almost lit on fire for wearing a Make America Great Again hat. This on a campus with a holocaust museum,” Arrington told the Observer.

“On Thursday, I was just having a discussion and some guys came up and said they were going to light my hat on fire,” Arrington continued. “I ignored them. Then one of the guys flanked me, came up behind me with a lighter in his hand. I reported it. And when I followed up with the dean, I saw that the sergeant [who took the report] didn’t even file the report.”

In Rockville, Maryland, another round of high school walkouts was underway on Wednesday when a 15-year-old student in a MAGA hat was jumped by four student protesters — as they ironically chanted “love trumps hate.”

This kid was just beaten by protesters. Police helping him. #WTOP pic.twitter.com/KbP6PegQ9i

Hundreds of students had walked out of Richard Montgomery High School, for the second day of walkouts in the school district.

When the protesters spotted their fellow student wearing a Trump hat, they surrounded him — throwing him to the ground and punching and kicking him while he was down.

“They jumped him and beat him up pretty bad,” Max Stucky, a bystander who witnessed the attack, told local station WTOP.

None of the violent anti-Trump bullies have yet been arrested. The student was taken to the hospital in an ambulance while clutching the back of his head.

In Portland, rioters over the weekend attacked multiple members of the press — and threatened anyone who would dare to film their violent and petulant antics.

As we have previously reported, several other students across the nation have also been attacked for supporting our new president-elect.

It is important to remind these “protesters” that the dictionary definition of terrorism is “the use of violence and intimidation in the pursuit of political aims.”