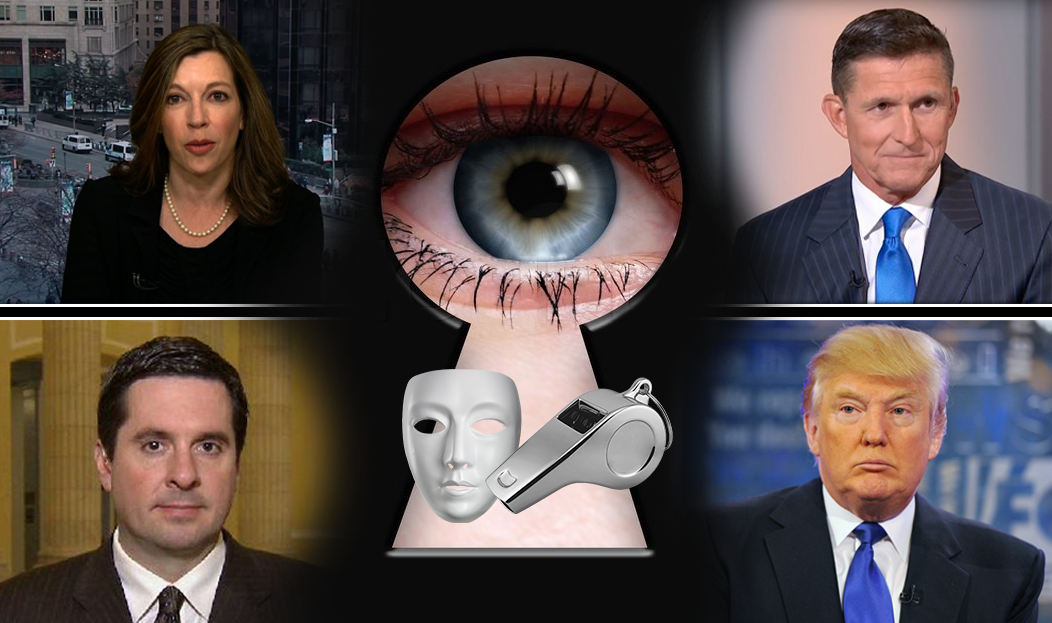 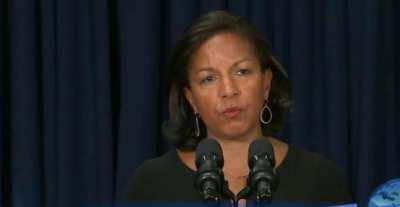 Susan Rice, the former U.S. National Security Advisor under Barack Obama, has been revealed as the intelligence official that requested Donald Trump’s team be unmasked in surveilled communications during the election.

Trump and his associates were reportedly not only spied on – but they were spied on for purely political purposes.

When members of the intelligence community are conducting surveillance, they supposed to conceal the identity of U.S. citizens incidentally surveilled without a search warrant, since the Fourth Amendment protects citizens from “unreasonable searches.” Further, when intelligence communities are working with the communications of a U.S. citizen it, is common practice for the identity of the person to be “masked” or hidden from the document.

Under Obama, the rules were changed, and Susan Rice had the authority to “unmask” people spied on without a warrant.

According to independent journalist Mike Cernovich, “The White House Counsel’s office identified Rice as the person responsible for the unmasking after examining Rice’s document log requests. The reports Rice requested to see are kept under tightly-controlled conditions. Each person must log her name before being granted access to them.”

One of the individuals who was unmasked was General Michael Flynn, who White House press secretary Sean Spicer said was targeted illegally. In a recent press briefing, Sean said that:

“Michael Flynn was unmasked and then illegally his identify was leaked out to media outlets, despite the fact that, as NSA Director Rogers said, that unmasking and revealing individuals endangers “national security.”

Recently a former Obama administration official, Evelyn Farkas, had admitted knowledge of the Trump team being spied on. She had claimed that part of the intent was to release information to the media. In the context of Spicer’s comments, it seems that this is highly illegal. As we recall, Farkas said that:

“If they found out how we knew what we knew about their the staff the Trump staff dealing with Russians, that they would try to compromise those sources and methods.”

Mike Flynn should ask for immunity in that this is a witch hunt (excuse for big election loss), by media & Dems, of historic proportion!

Part of the reason that Flynn has been under fire is his alleged connection with Russian officials. Donald Trump has advised that General Flynn should seek immunity before testifying about his experiences on the matter, considering the “witch hunt” in the media and by Democrats. The FBI has already ruled that Flynn’s contact with Russian diplomats during the election and transition was not illegal.

Trump’s team was not alone in active communications with Russian diplomats. As The Hill notes, Clinton’s campaign had also met with a Russian diplomat during the election. Bloomberg also reported the same with a nice video message from Putin back in November, yet there is no controversy on Russian influence on the Democratic side – despite reports of Hillary campaign chairman John Podesta receiving $35 million from a Russia state-owned company.

A Senior Intelligence Official Was Responsible for the Unmasking

Adam Housley of Fox initially reported on the unmasking scandal, saying that the person who unmasked the identities on the Trump was someone “very well known, very high up, very senior in the intelligence world.” It has since been asserted that this individual is Susan Rice, who was a National Security Advisor under President Obama.

“The main issue in this case, is not only the unmasking of these names of private citizens, but the spreading of these names for political purposes that have nothing to do with national security or an investigation into Russia’s interference in the U.S. election,” an alleged congressional source told Fox News.

If these claims are true, and the sources are definitive, then it seems that Evelyn Farkas’ comments were factual.

House Intelligence Committee Chair, Representative Devin Nunes (R) recently called upon the intelligence community to release reports on surveillance activities in the election, trying to discover if there was any illegal activity as a result. He now claims to know who the “very well known…” source is who illegally unmasked the identity of Trump associates. There is no report yet if this person is Susan Rice or another individual.

As Breitbart reports, the NSA was one agency which was “very, very helpful” to Nunes. Nunes has stated that according to the information he has received, none of it had anything to do with the alleged Russian hacking. In another report, it was presented that Nunes was stonewalled from receiving the information and that it took weeks to receive a response.

Nunes has since gone on to brief President Trump on the information that he has received, and more information on this story will come as the investigations of surveillance, unmasking, and alleged election hacking continue.

The real story turns out to be SURVEILLANCE and LEAKING! Find the leakers.