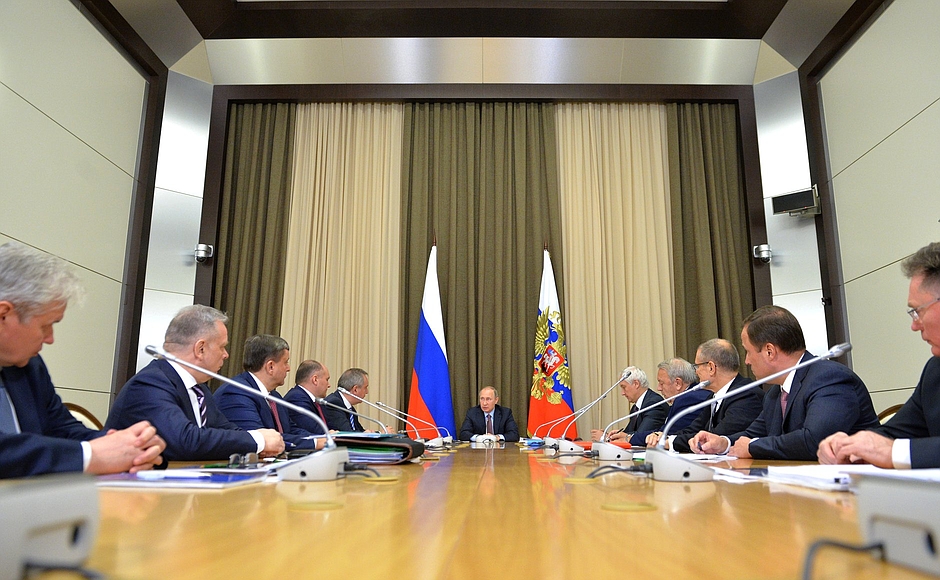 Another Russian official has been found dead, bringing the total to seven mysterious deaths in the past 6 months.

An official of Russia’s space agency Vladimir Evdokimov was found dead in a prison where he was being held on charges of embezzlement AP reported.

Evdokimov, 56, was the executive director for quality control at Roscosmos, the country’s spaceflight and research agency.

Police found two stab wounds on Evdokimov’s body, but there was no determination made of whether they were self-inflicted or he was murdered.

Evdokimov was jailed in December on charges of embezzling $3.1 million from the MiG aerospace company.

This marks the seventh mysterious death of a high-level Russian official.

This comes as the U.S. State Department has refused to release the cause of death of Russia’s UN ambassador Vitaly Churkin who allegedly died of “cardiac arrest.”

Evdokimov death follows the assassination of Russia’s ambassador to Turkey, Andrey Karlov, the death of another Russian diplomat, Russian Foreign Minister Peter Polshikov, found dead in his apartment shot in the head, the death of Russian Greece diplomat Andrey Malanin found in his bathroom, the death of Russia’s ambassador to India, Alexander Kadakin, who died at a hospital in India on Jan. 26 following a brief unspecified illness. The under reported death of Oleg Erovinkin, a former general in the KGB who was found dead in the back of his car in Moscow who was also linked to the Trump dossier report allegedly made by an ex-Mi6 agent Christopher Steele and finally the death of Churkin.

If we go back further then the last 6 months and look at the last 2 years there are additional suspicious deaths.

Sergei Krivov was found on election day in November of 2016, found just before 7 a.m. lying on the floor of the Russian Consulate in New York. He was unconscious with an unidentified head wound brought on by ‘blunt force trauma.’ By the time emergency responders arrived, Krivov was dead.

Initial reports were that Krivov plunged to his death from the roof of the Consulate. That story quickly changed to ‘he suffered a heart attack,’ matching a similar narrative that was claimed for the death of Putin aide Mikhail Lesin in 2015.

If you include these three additional deaths, that’s a total of ten Russian officials that have died over the past 2 years. There could be even more than that.

Now, is Evdokimov death connected to the other six? Probably not, but who knows? In this case, the man had a history of massive fraud and was probably wanted dead. Still, his death reminds us all of the other nine suspicious deaths in the last two years.

We Are Change will continue to cover these mysterious deaths of Russian officials if more happen, so stay tuned.