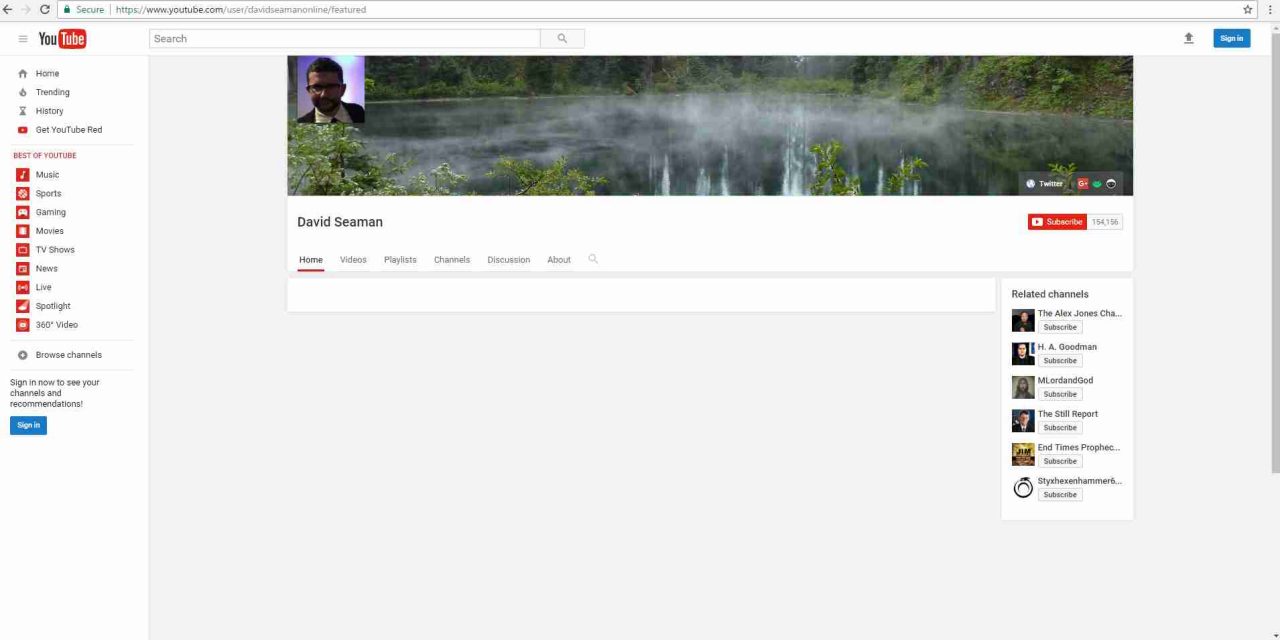 YouTube channel of journalist David Seaman, who has been a core force investigating Pizzagate, is now blank.  Hundreds of videos are missing.

The independent journalist did countless video’s showing his findings in the Pizzagate conspiracy, which revolves around an alleged child sex-trafficking ring in Washington D.C.

For more on Pizzagate, check out our other articles on the subject and all the questions still remaining, like the coincidence of these pizza shops using logos that the FBI classified as pedophile symbols.

It’s officially  unknown why Seaman’s Youtube channel had all of its videos wiped, but it might have something to do with Joe Bernstein, a senior technology reporter for BuzzFeed News who recently wrote a hit piece on Seaman calling him the “Pizzagate King of the Internet.”

Bernstein also mocked the topics that Seaman covers despite probably never studying anything he mentioned there.

“On Twitter, Seaman posts dozens of messages a day to his 66,000 followers, often about the secret cabal — including Rothschilds, Satanists, and the other nabobs of the New World Order — behind the nation’s best-known, super-duper-secret child sex ring under a DC pizza parlor,” Bernstein wrote.

While another Pizzagate researcher Titus Frost alleges that Seaman deleted his channel due to a scam he was running using gold money affiliate links and has taken credit for Seaman’s online disappearance.

We reached out to Seaman for comment, but a response was not received before this article was published.

UPDATE: 1:00 P.M. EST- The following Reddit post was sent to WRC in regards to David Seaman posted by an alleged friend of Seaman.

Seaman did indeed have his friend killed previously Ashley Lauren Joy Jones who was found dead in her home along with Kelly Fears Wrenn stabbed to death as the Reddit post said.

Further confirmed by Seaman himself here with an archive of his tweet. So maybe Seaman is just taking some time off from the research for now.

Let us know what you think in the comment section below!