VIDEO: BOMBSHELL INFORMATION ON WIKILEAKS SOURCE THAT CHANGES EVERYTHING! 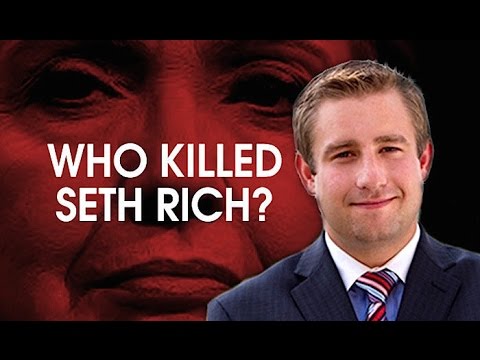 In this video Luke breaks down the latest information about Seth Rich, the alleged DNC leaker and Wikileaks source. Further information has come to light from the private investigator, Rod Wheeler and Fox News. Wheeler is a former DC Homicide Detective.

Luke says its the biggest story of the year and that the new information “will change everything”. Of course the main stream media is pretending its not happening and reporting on Russian agents!

BACKGROUND TO THE SETH RICH MURDER

Seth Rich, 27, had been employed with the DNC for two years and was the Director of Voter Expansion. Some thought perhaps he knew something about the voter fraud occurring during the primaries and was responsible for the leak of 30,000 DNC emails to Wikileaks. The leak appeared to show the party conspiring against Hillary Clinton’s opponent Bernie Sanders.

On July 10th 2016, Rich was found dead after being beaten and shot twice in the back as he walked home from his girlfriend’s house, early in the morning. He was on the phone with his girlfriend at the time of his murder.

The police stated that it appeared to be a robbery but his family has said that his wallet, phone, and watch were not stolen. Rich was found with bruises on his face, knees and hands, leading them to believe that he defended himself and fought back.

On August 9th 2016, Wikileaks offered a $20,000 reward for information leading to the conviction of Rich’s murderer.

This offer was matched by Mike Cernovich, an American journalist.

I'll match the $20,000 reward, will put money into escrow if requested by police. #SethRich https://t.co/rCJbVQ0lnW

Jack Posobiec, the writer and filmmaker, tweeted earlier today that he would ask about Seth Rich at the White House press briefing. In 2016, Posobiec was the Special Projects Director for Citizens for Trump, the largest Trump grassroots organization in the US.

The death of Seth Rich is not the only suspicious death. Shawn Lucas, an attorney who had filed a lawsuit against the DNC, was found dead in his bathroom on August 2nd, 2016. The lawsuit Lucas filed claimed that Debbie Wasserman-Schultz, the DNC Chairwoman, helped rig the Democratic primary in favor of Hillary Clinton.

Luke asks that we share the video above widely and demand that Trump order a proper investigation into Rich’s death. People are tweeting Rich related memes to keep the story in the public’s mind.

Stay tuned to We Are Change where we will stay on top of this and more as the story develops. Until then, check out these links giving you all the information about the Seth Rich case up until this point.

[RELATED: SURVEILLANCE CAMERA MAY HAVE CAPTURED THE MURDER OF DNC STAFFER SETH RICH]

[RELATED: SURVEILLANCE CAMERA MAY HAVE CAPTURED THE MURDER OF DNC STAFFER SETH RICH]

[RELATED: HAVE THE CLINTON’S GOTTEN TO SETH RICH’S PARENTS?]

If you liked today’s content, please consider donating to us. We have a team working behind the scenes, not just Luke.  YouTube and Google Adsense are both severely hindering our ability to keep this operation going. We won’t be able to continue to bring you broadcasts like this without your support. You can donate here on the website or on our patreon. Thank you and remember We Are Change.